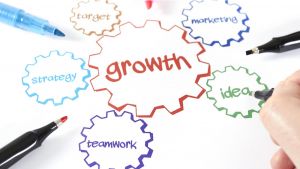 For additional data, visit the Town of Avon or the Hendricks County Economic Development Partnership.

Avon is located in Washington Township, Hendricks County, approximately five miles west of Indianapolis. Interstate Highways 70, 65 and 74, as well as U.S. Highways 36, 40 and 136 all converge within Hendricks County. The Interstate 465 beltway circles Indianapolis, linking travelers to I-65, I-70 and I-74. Avon also sits just seven miles east of Danville (the county seat) on U.S. 36. Access to these extensive interstates certainly gives Avon the major upper hand for location in the area.

Access within the county is just as convenient, as Indiana 267 winds directly through Avon, connecting with Plainfield to the south and Brownsburg to the north. The modern roundabout at the popular intersection of CR 100 S and Dan Jones Road has proven to be a success since its approval a short time ago. The Avon Town Council members unceasingly stay ahead of area traffic needs and are constantly working toward meeting the important needs of the expanding community.

Businesses enjoy access to well over 100 motor freight trucking companies in the Indianapolis area – a situation that fosters competitive pricing and high customer service standards. Railroad services are offered via Amtrak and CSX at Avon Yard.

Because Avon belongs to the Indianapolis Metropolitan Statistical Area (MSA), it participates in an enviable business base. When breaking down business statistics for the county, 34,367 people work in the private sector, 10,722 work in services, the government employs 6,184, 3,136 found employment in transportation/utilities, and 8,628 workers fall into the “other” category.

In 1952, the area boasted a mere three businesses, all located on the same corner. Today, the Avon Chamber of Commerce has expanded to serve more than 1,000 businesses. The insurance, accounting, and real estate industries were among the first businesses to hang out a shingle in Avon in the last decade, followed by retail merchants who recognized a good consumer base when they saw one. However, thanks to the town’s official incorporation on May 20, 1996, town leaders can tightly control its future growth.